Skip to content
The Idiroko Unit Command of Federal Road Safety Corps (FRSC) on Monday, January 11, 2021, in accordance with the Corps Marshal, Dr Boboye Oyeyemi’s directives, began a special operation to clampdown on illegal use of police spy number and other number plate related offences.
The operation which was carried out in collaboration with officers of Idiroko Police Division, according to the Idiroko Unit Commander of FRSC, ACC Akinwunmi Olaluwoye, is aimed at putting an end to illegal use of spy number plates, fake number plates and covering of number plates.
INFORMATION CARRIER recalled that the Inspector-General of Police Mohammed Adamu had early last year 2020, ordered the Commissioners of Police in the 36 states and FCT to impound all vehicles using illegal spy number plates, siren and revolving lights and ensure diligent prosecution of offenders. 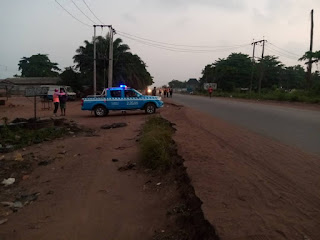 The IG gave the order at a meeting with the Corps Marshal of FRSC, Oyeyemi, in Abuja, adding that the practice was illegal and poses monumental security risks to the nation and its people.
The IG stated that “all vehicles found to have spy number plates not duly issued, using sirens, or revolving lights without permit or having covered number plates will be promptly impounded”.
“These practices are illegal and pose monumental security risks to the country and its people,” he said.

Adam Nuhu: A Case for Suspended MD of FCMB

LASG GETS ‘COURT ORDER’ FOR A PUBLIC AUCTION OF 88 COURT FORFIETED ONE-WAY VEHICLES.

Adam Nuhu: A Case for Suspended MD of FCMB

Please disable Adblock for this site.